Today's card was designed using the sketch from Stick It Down as my inspiration and was influenced by the Vintage Challenge @ Eclectic Ellapu, the Background Challenge @ The Artistic Stamper and will be applied to the card/tag Anything Goes Challenge @ Paru's Card Making Challenges. It makes use of several different techniques, so let's get started! 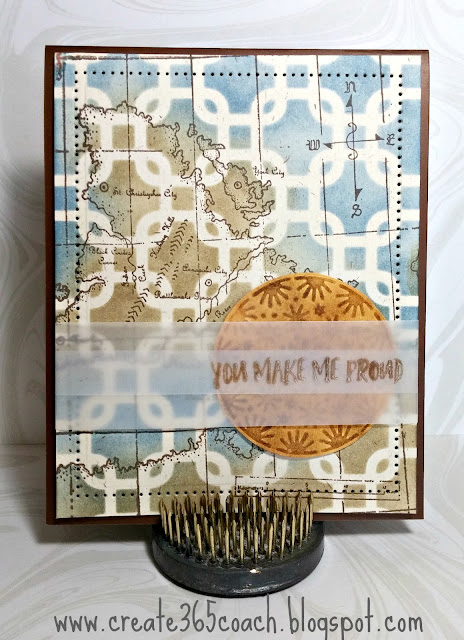 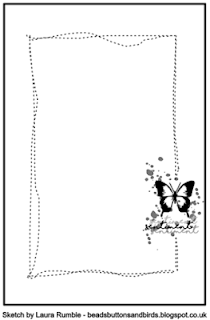 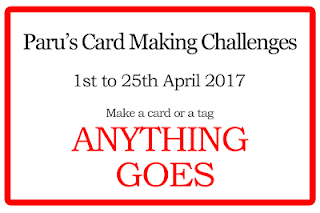 First I began with a thread flecked off white  4 1/4" x 5 1/2" piece of cardstock. I used the Stamp Perfect tool to get good pressure/ink coverage when stamping the retired TAC Ancient Map background while using Rich Cocoa Momento ink . 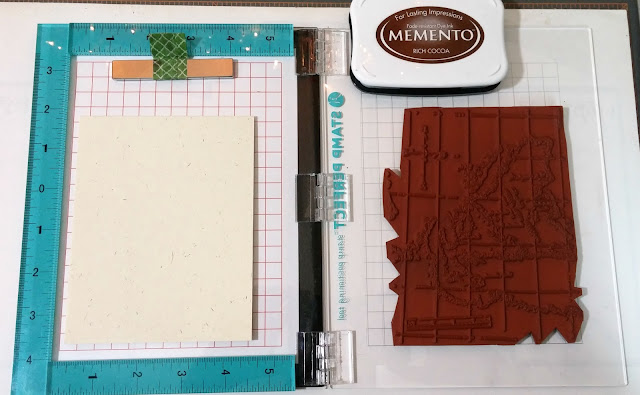 Then I over-laid the ancient map with a stencil and inked up the land areas with Frayed Burlap distress ink and the water areas with Stormy Sky using the Distress Ink foam blending tools through the stencil and on to the map. The only reason I didn't tape the stencil down was because it is slightly sticky on the back and held the cardstock in place perfectly. I love the look I got, but was very disappointed to see when I was finished that the stencil has cracked in several places...and this was the first time I even used it...so sad! :( 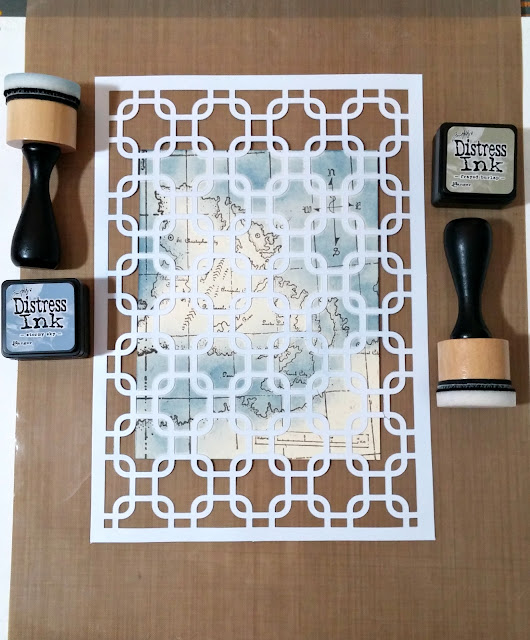 So this is where things get even more interesting...After the stenciling over the map was done, I diecut the pierced border around the edge and stamped and embossed the "You Make Me Proud" sentiment from a FSJ ATS set on to the vellum scrap. To make the embossed "medallion" accent, I decided to think outside the box a bit...I used my mini mister to dampen a piece of scrap yellow cardstock and sent it through my embossing machine with the dandelion stencil you see below and then trimmed it down to just the circle shape...wetting the paper gave me a deeply embossed impression and softened the paper fibers so that it really soaked up the brown ink that I then rubbed all over the raised image side while it was still wet. I did lay it under an acrylic block for a bit while it dried to keep the edges from curling up too badly on me. This completely changed the look of the yellow paper and gave me exactly what I was looking for in an embellishment for my card front. 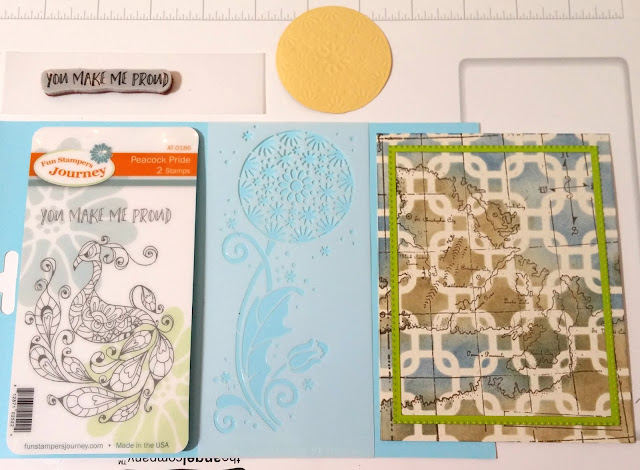 Since the sentiment's embossed color turned out to be a little lighter than I had expected it to, I needed to add the thinner strip of vellum behind it to help it stand out from all the detail on the medallion. I just wrapped the vellum then behind the cardstock and adhered it on the backside where it wouldn't show once it was layered. 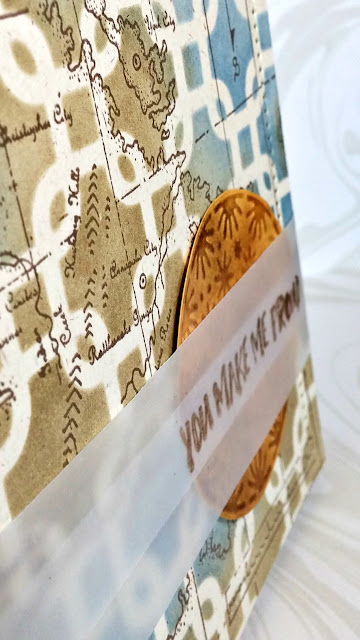 I then cut a card base from  rich brown metallic cardstock just a bit larger that an A2 size so that a small border would show around the edges. The map piece was popped up with a generous amount of foam tape to give it dimension and add depth to the pierced border. 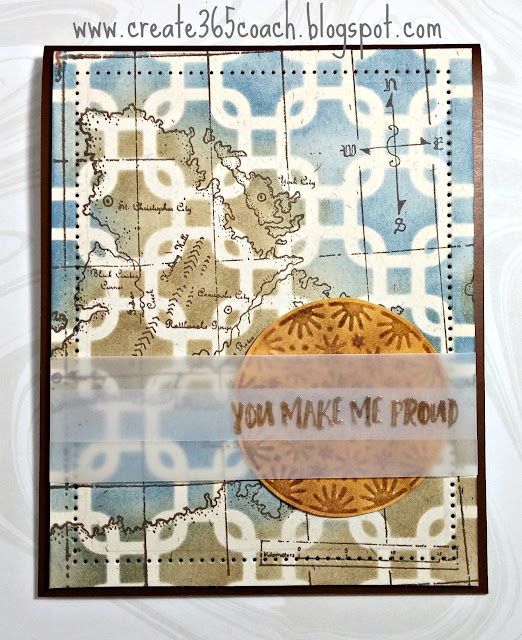 I will be giving this card to our son on Friday after we attend a ceremony in Maryland celebrating some extra-ordinary accomplishments that he just completed during the last 6 months of training for his new job. He is a very fine young man who has blown us away with his level of dedication and commitment in working so hard to live out his dreams! So for the inside of the card, I used a Limited Edition ATS set from FSJ...stamped the background in the same blue and burlap as above, sprayed it with water to blend the colors a smidge and then embossed the sentiment with Ranger's gorgeous Liquid Platinum embossing powder. 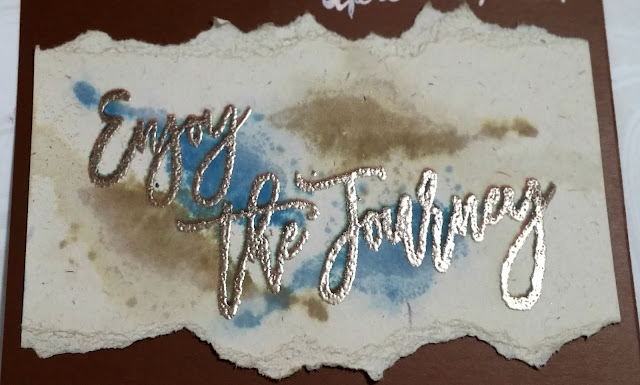