Today's card was inspired by sketch #318 over at Try Stampin' On Tuesday (or not) and was my first try at using modeling paste with a stencil. I'll be entering this over at The House That Stamps Built for "Anything Goes A2617" and at The Sisterhood of Crafters for "The Letter B". 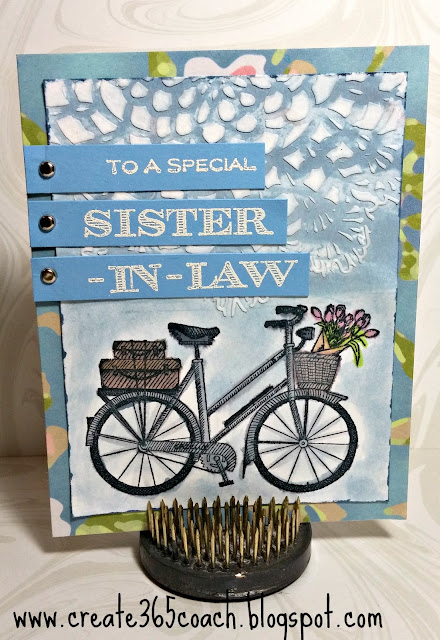 The wooden stamp I used is large and an older one made by Inkadinkado -I've had it for so long that I no longer even remember where or when I got it, lol. The patterned paper is from my stash and I trimmed it to cover the entire card front...starting with an A2 sized top folding white card base. 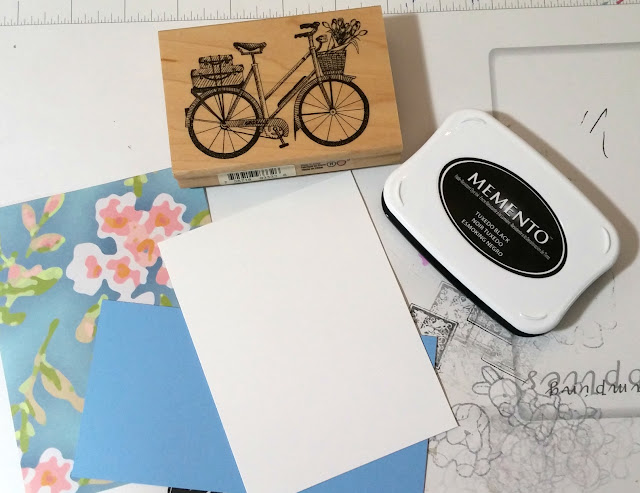 After stamping the bicycle in Tuxedo Black Memento ink on the bottom half of the white layer, I trimmed the cornflower blue strips according to the sketch and stamped the sentiments from an older Amuse Studio stamp set in Versamark ink and then heat embossed in white. I used the smallest pallete knife tool to spread the light modeling paste in a thin, even layer over the stencil on the top half of the previously stamped (bicycle) white layer. Then I had to be patient and let it dry! 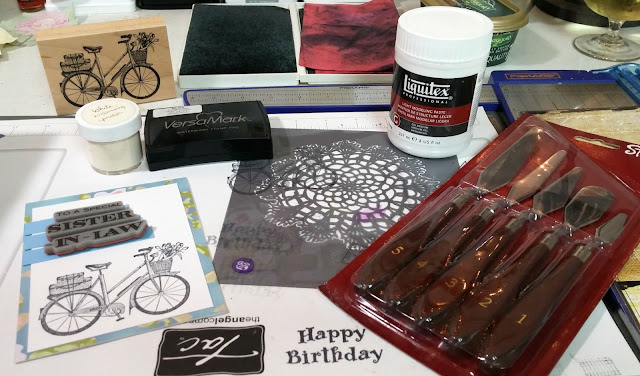 The only watercolors I had were a kid's crayola set, but decided they would just have to do for the time being for coloring in the bicycle. It didn't work out too badly using a tiny paint brush, considering I didn't use any kind of media or watercolor paper...which I regretted by the end, because the paper warped a good bit and just didn't blend well during the next step. Once the paste was dry, I washed over the stenciled area with Stormy Sky distress ink that I watered down on my craft mat and applied with a large watercolor brush. I used my heat tool to speed up the dry time at this point and to try to flatten my very warped paper back out, lol. 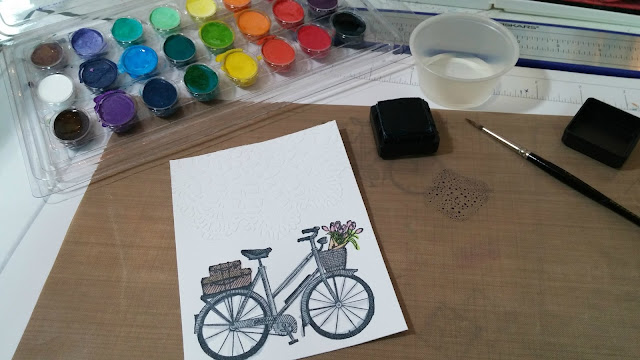 Before adhering the three sentiment banners with my ATG gun, I used my piercing tool to make holes and added mini silver brads to each end. I love the dimension this card has and the variations of the watercolor wash is so pretty in the background! 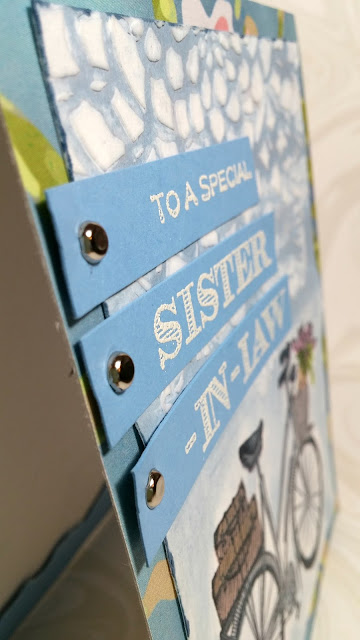 Once that layer was completely dry, I ran a charcoal ink pad along all 4 edges to give it some definition and then used alot of ATG gun adhesive to keep it laying flat. 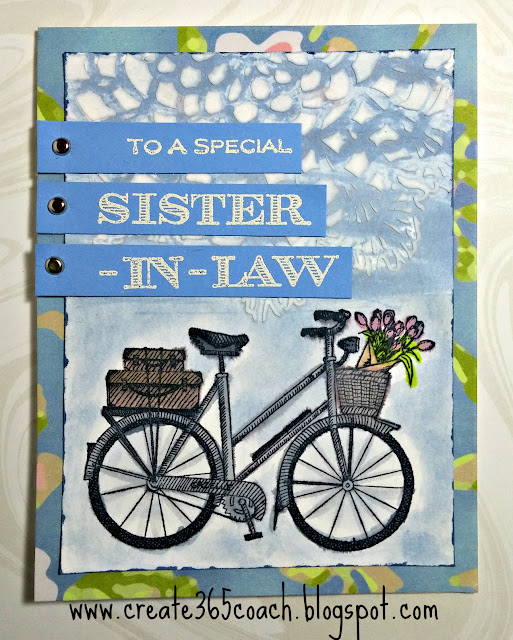 Again this time, I just kept the inside really simple...using an older Stampin' Up Birthday sentiments stamp set with a scrap of the blue cardstock torn and adhered to the bottom. This card is now ready to be mailed to my sister-in-law next week. 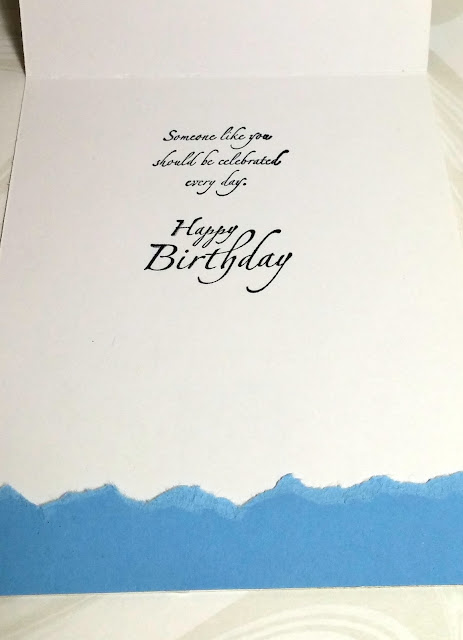