Wishing You a Sunshiny Day!

Today's card is one we will be making at our library class for the month of July and was inspired by the Tic-Tac-Toe challenge #342 over at the Paper Players blog...this was my first time participating in that kind of a challenge and it was fun being presented with so many design possibilities to choose from! I went vertically with the first "down" column and chose "Circle-Sequins -Pink" for my card. I will also be applying it to the "Anything Goes " challenge at Word Art Wednesday and the Simon Says Stamps "Hint of Pink" challenge. 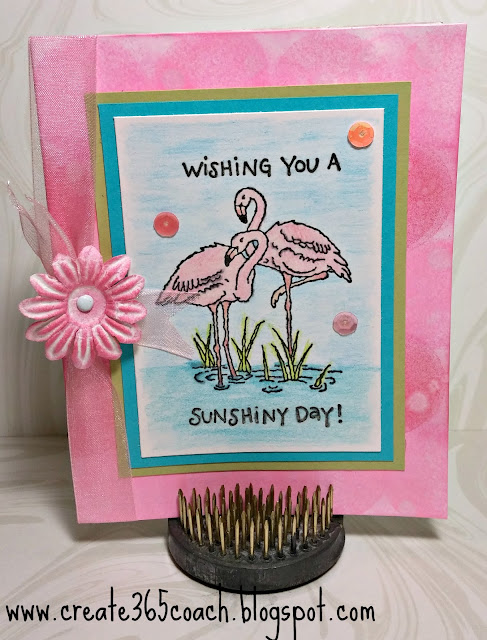 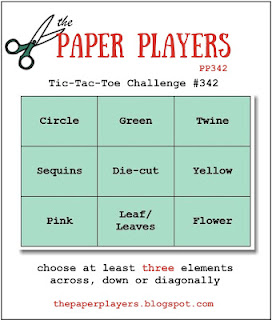 Using an A2 size side folding white card front, the first step was to create the circle background using dye based inks in two pink colors and "stamping" with the circular blender applicators. Once I had the alternating color rows laid out, I then went back in and blended the color a bit so that there was no white space showing. Next step was to take the mini mister and drop water onto the inked background to pull up some of the color for a very subtle pattern...also in circles, for the most part, lol. This showed up much better on the darker of the two pinks, but I just kept going until I got the look I was after. 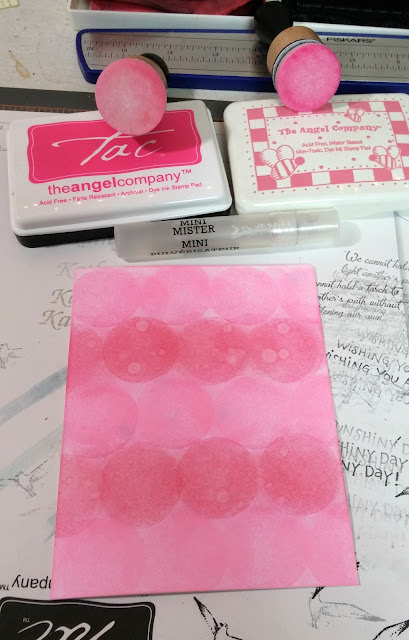 Both of the stamp sets I used today are retired and from The Angel Company (TAC). I stamped in Licorice Black ink on white for the flamingo image and sentiments, then trimmed an aqua and a green panel to frame it with on the card front. 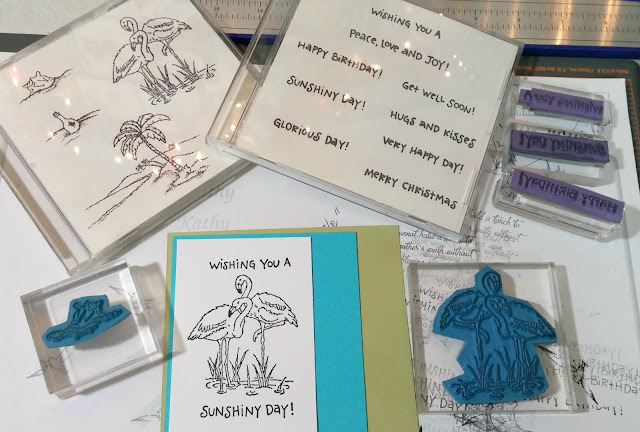 Before I put the blending tools tools away, I used the darker pink color to ink the white paper flower and added a mini white brad thru the center of it. After assembling the layers on the card front with the Best Glue Ever, I added a light pink organza ribbon tied into a knot to the spine of the card on the left side. I then used the ScraPerfect Best Glue Ever (also known as BGE) to make 2 dots of glue on my label sticker backing sheet...let them dry until clear and you have DIY mini glue dots -perfect for securing both the ribbon and the flower on top of the knot. 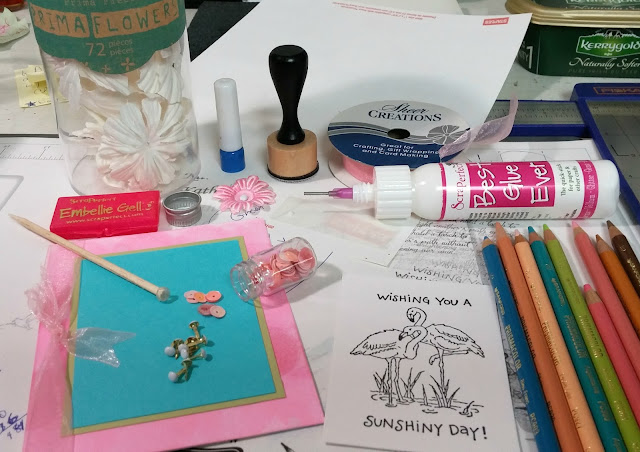 The coloring was done with several Prismacolor pencils and the 3 sequins were easily adhered with the help of the magic Embellie Gellie wand and a tiny amount of the BGE...using the large No Clog Writing Cap  with the thin needle tip made controlling how much glue ended up on my project super simple! 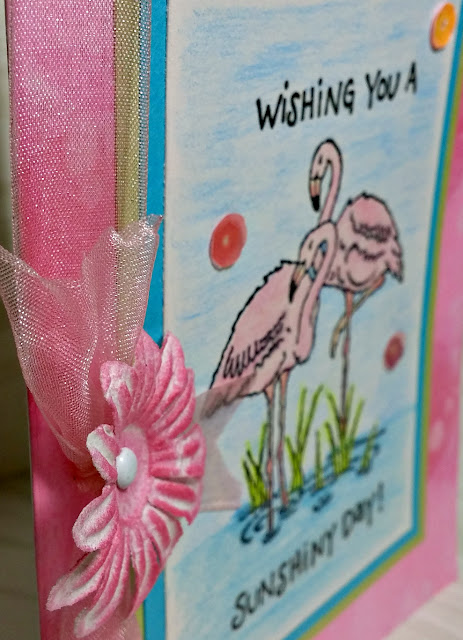 The final touch to the card front was to trace the sentiment with the clear StarDust Gelly Roll pen and to brush clear Wink-of-Stella over the flamingos. 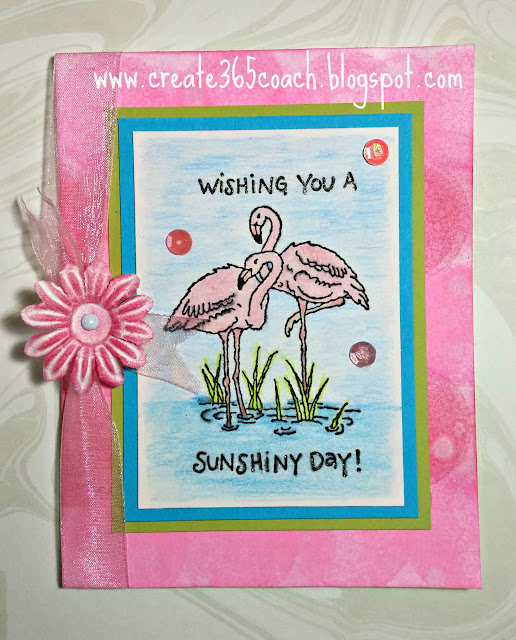 The inside of this card started out as a mistake...I first stamped the "Happy Birthday" sentiment horizontally -thinking that was going to be the final orientation of my card, but I later changed my mind and so decided to do a little bit of "word art" to remedy the situation, lol. The shell was added to bring the tropical theme into the inside and now it is ready to mail to another one of my sister-in-laws during the month of July. 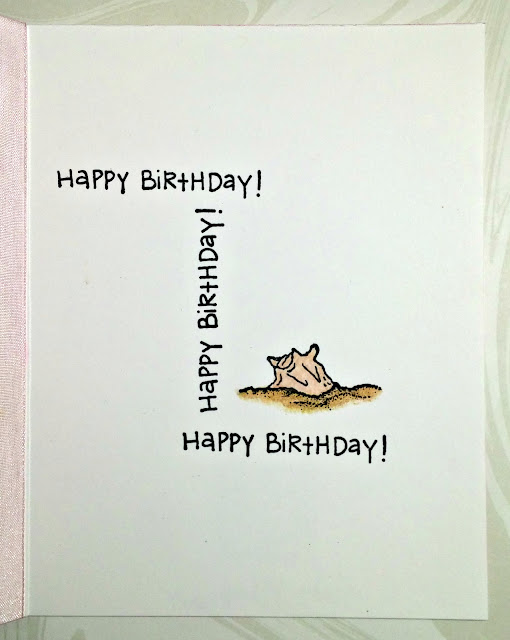