You Mean the World to Me

Today's card was made using sketch # 67 from Your Next Stamp as my inspiration and will be entered @ A Bit More Time to Craft for "Anything Goes", @ Penny Black and More "For the Boys", and @ Sparkles Monthly Challenges for "Embossing: Heat or Dry". 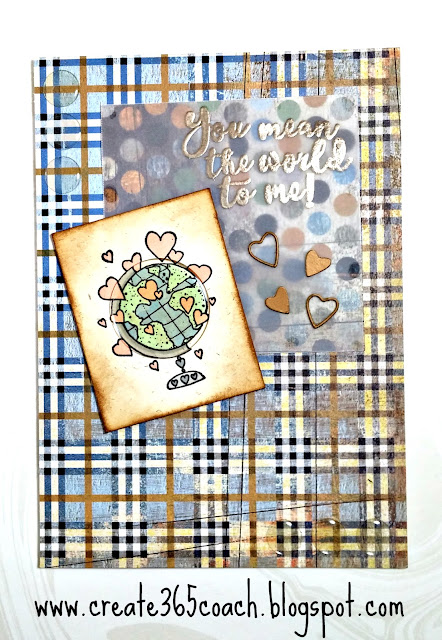 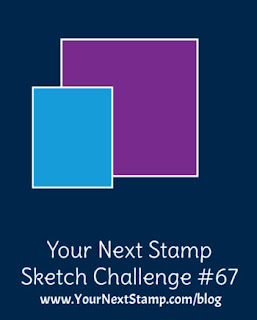 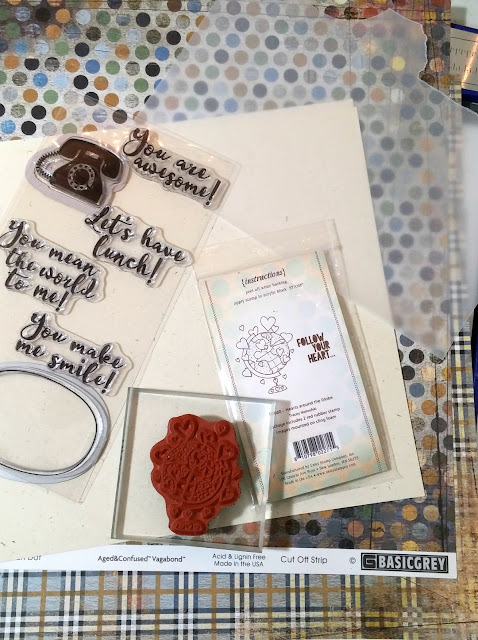 Using an A7 oatmeal colored card base, I covered the front in a full panel of the plaid and trimmed the polkadots and vellum overlay to size, according to the sketch. I stamped the "You Mean the World to Me" sentiment on the vellum in Versamark ink and heat embossed in Platinum powder from Ranger. The globe was stamped in black ink on an oatmeal scrap and then I inked the edges with the distress tool and brown ink. 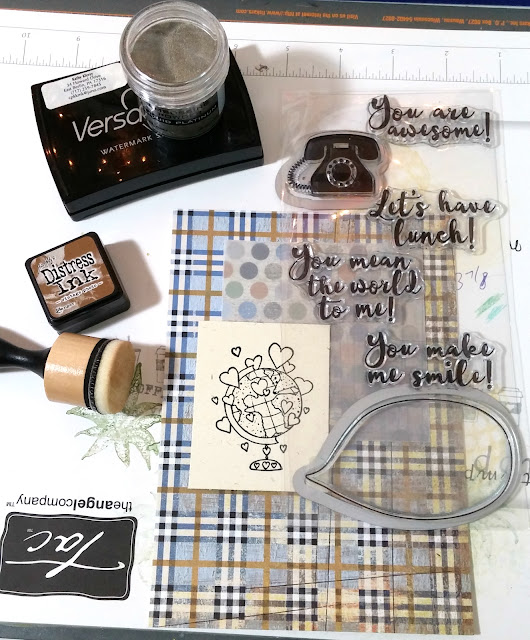 Coloring was done with just a few Spectrum Noir pens. 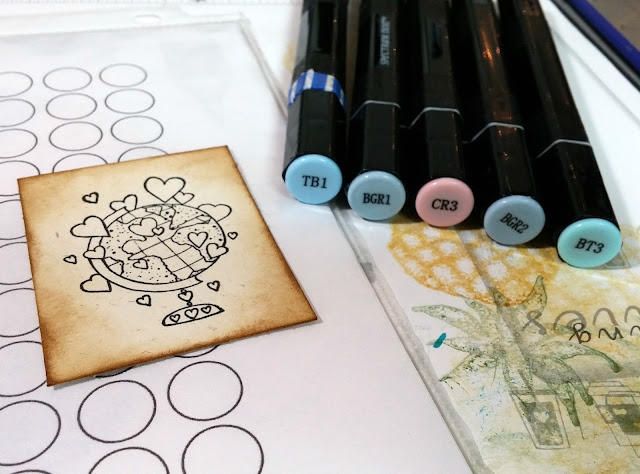 Using the Best Glue Ever from ScraPerfect, I adhered the vellum to the polkadot paper and layered everything else on to the card front using the sketch as my guide. I then used some old clear epoxy circle stickers to accent the card front...6 small ones -3 vertically in the top left corner and 3 horizontally in the bottom right corner -and 1 large one over top of the globe. This added some lovely, but subtle dimension. 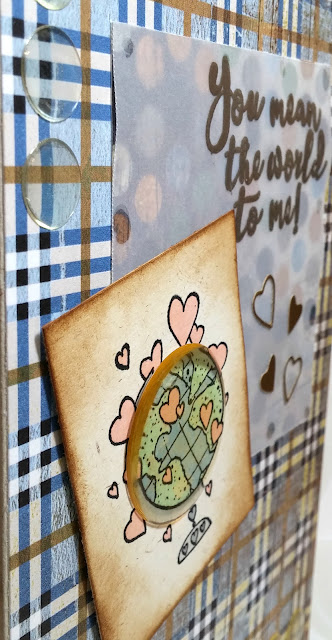 The final touch was die cutting a series of tiny hearts from metallic paper to glue beneath the sentiment on the vellum and to the right of the globe. 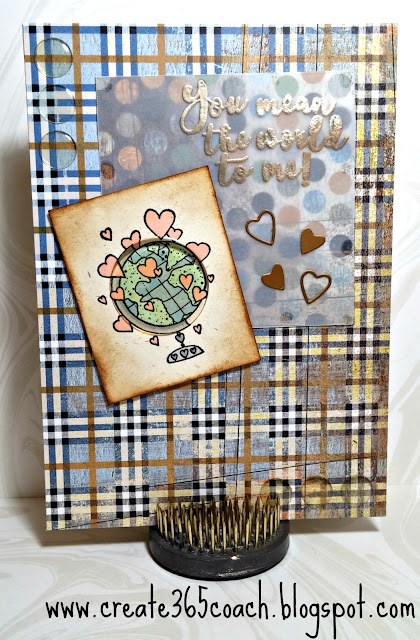 Inside, the sentiment is stamped in black -it's an oldie but goodie and I have no idea where it came from...I just know I have had it in my stash for many years and it was originally from a sheet of unmounted rubber sayings/quotes about love. I tore the leftover pattern paper strip in two and adhered that to the inside also to continue the blue and brown color theme. 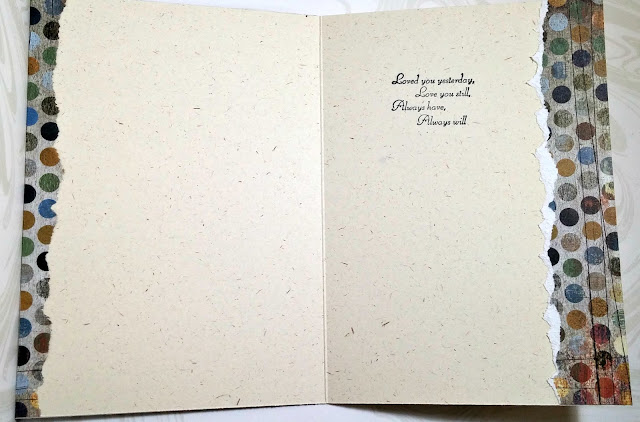 This card has already been given to my hubby and he really liked it...Hopefully, you all will like it too! Until next time~