LLama Wish You a Happy Birthday 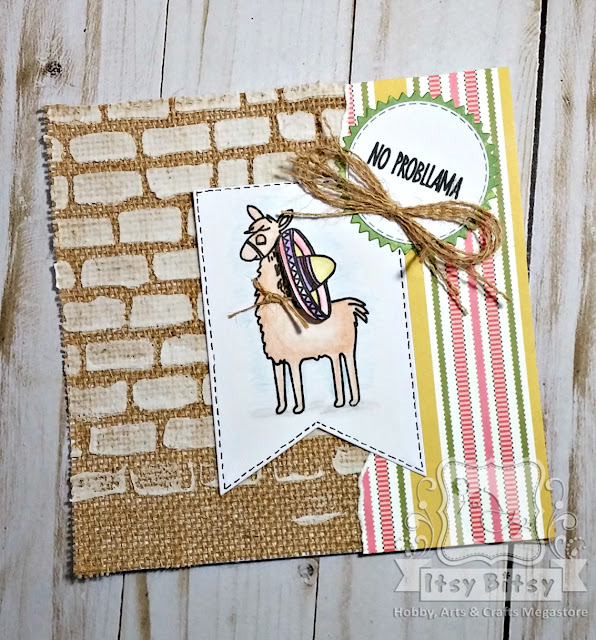 For today's design team project for Itsy Bitsy I decided to try something new -stenciling with Gesso over top of plain Burlap = FUN! I wanted this card to have some special dimension to it, so follow along to find out how I accomplished that...
I began by cutting down the 12" x 12" Burlap sheet from the Natural Burlap Stack  to a 6" x 6" square and taping it down to my work surface underneath the Brick Stencil using removable painter's tape. I then used a palette knife to spread the white gesso over the top 3/4's of the panel. I didn't bother to spread it evenly because I wanted the texture to be irregular. I then carefully pulled off the stencil, washed it and set the panel aside to dry while I began work on the rest of the card. 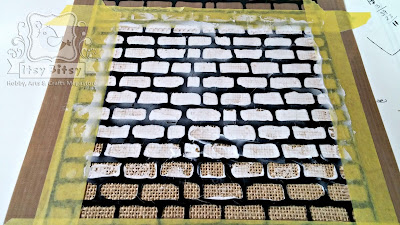 Using thin metal dies from the Banner set, Scalloped Circle set and Stitched Circle set, I cut out 2 of my stamped images from the Llama Birthday Clear Stamp Set and one circle shape from green paper from the Happy Birthday Paper Pad. I then fussy cut out the sombrero hat. 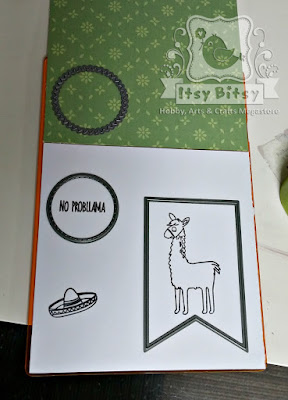 I stamped the images using Black Chalk ink and colored them using Watercolor Pencils and a blender pen on the Llama banner, sombrero and guitar(shown below on the inside of the card). I then popped the hat up using Adhesive Foam Mini Squares and threaded a piece of string that I had pulled from the sheet of burlap under the llama to make it appear as if the llama is wearing the hat hanging down on his back. 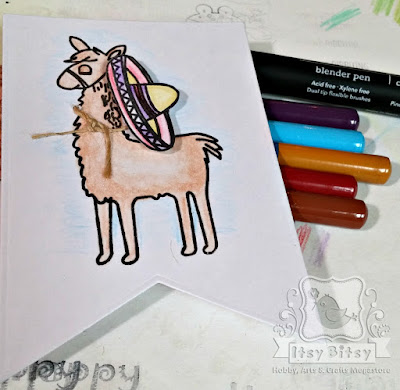 I used a black pen to draw the faux stitching along the edges of the banner. 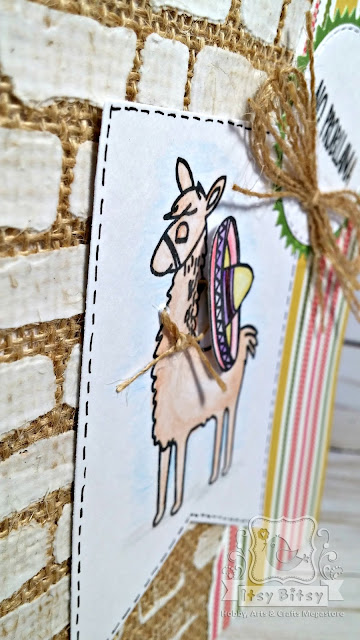 Don't ya just love that cute sentiment inside? Working with these clear stamp sets to make your own sayings is easy because many of the words are separate and you can then just build them to your liking. 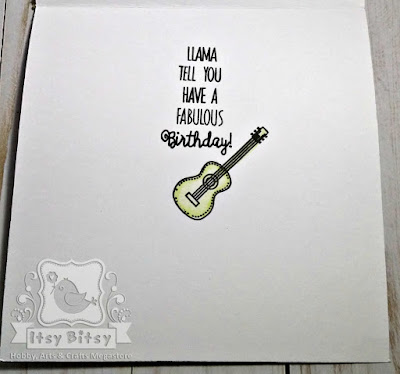 The pattern paper on the right side of the card was also from the Happy Birthday Paper Pad. It was hand torn for extra texture and glued down on top of the burlap. After I layered and adhered the circle diecuts, I tied a bow using string pulled from the frayed edges of the burlap and glued that on for the final accent. 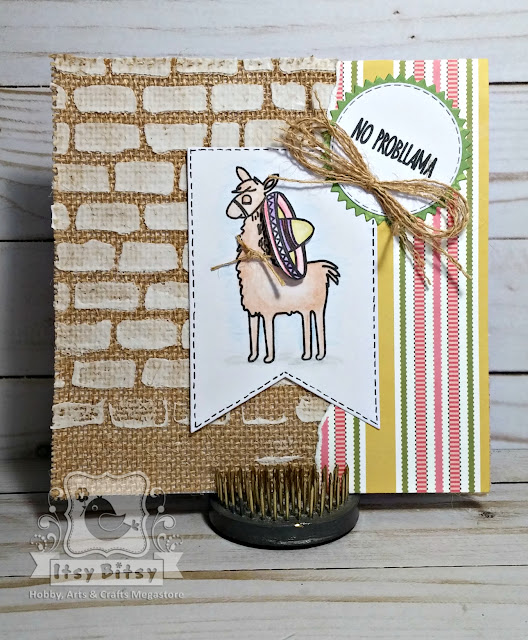 And that's all there is to making a fun and 6" x 6" multi-textured birthday card! Don't forget to head over to the Itsy Bitsy Store to get everything I used here in today's project and happy crafting!
Until next time~ 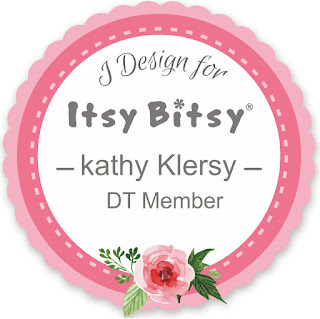