Metallic and Masculine Missing You 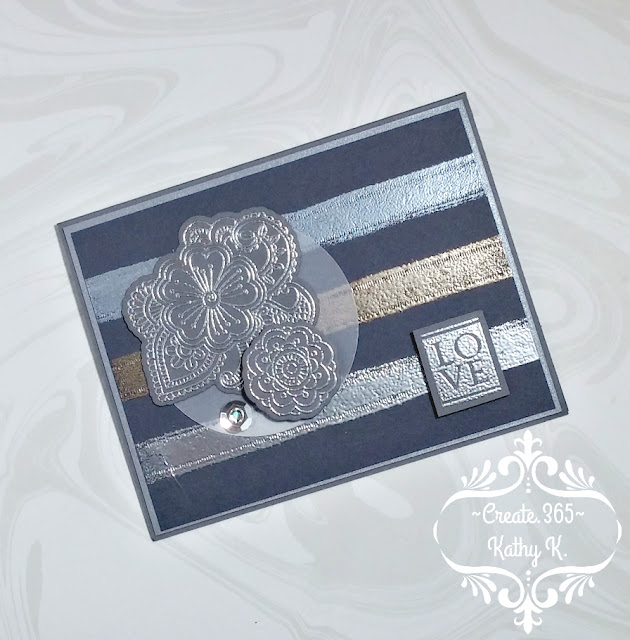 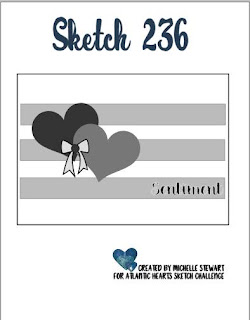 Hopefully I won't confuse you with this picture, but I wanted to show a way that I use up some of my scrap paper...the card base is made using a light gray A2 top folding card, but the silver layer was done using a piece of cardstock that I had previously cut two christmas ornaments out of for another card. Once the layers are glued together, you will never even know those holes are there! 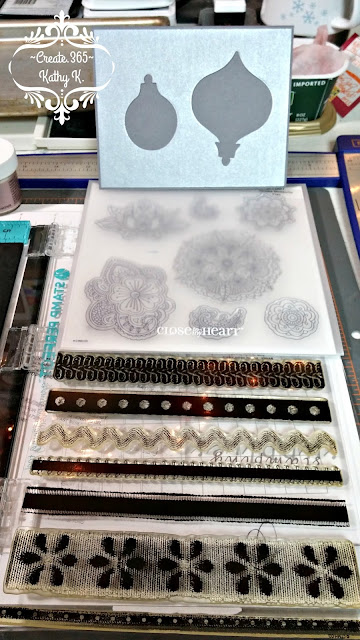 The two main stamp sets that I used are retired from Close To My Heart. I stamped and embossed the ribbon stripe three times in shades of silver metallic on a darker shade of gray cardstock to mimic the sketch after I treated the cardstock with an anti-static tool. 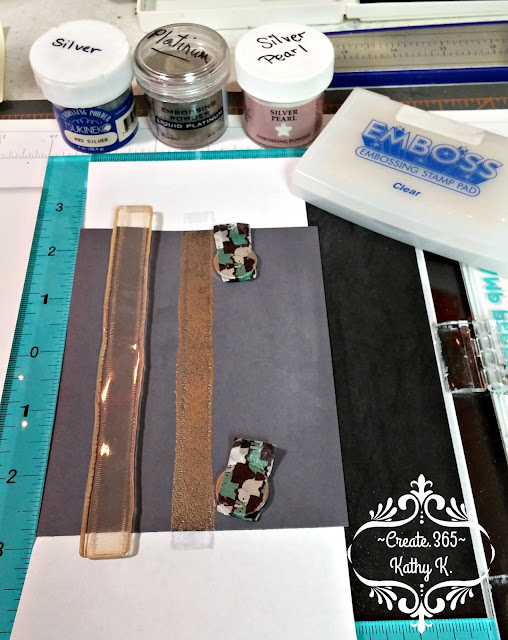 The blossoms were heat embossed in silver on the same lighter gray as the card base and cut out with the co-ordintating die set. 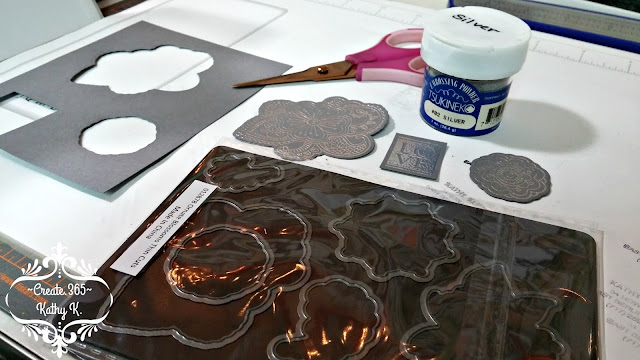 I used a large punch to cut out a vellum circle to help ground the blossoms before I adhered them to the card front -the smaller one was popped up with foam tape, as was the LOVE square in the bottom right corner. 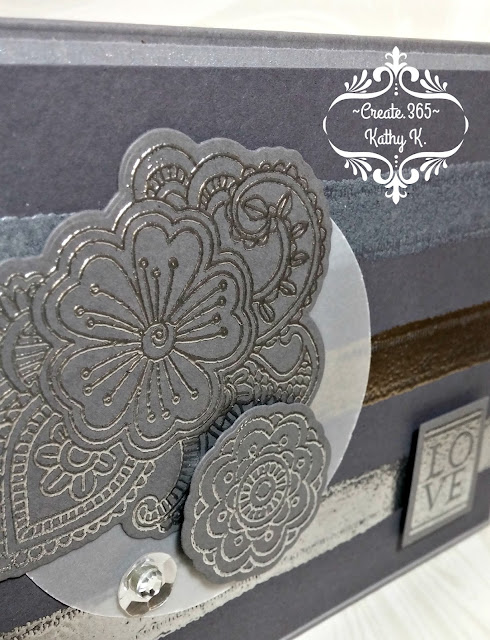 It still looked like it was missing something, so I added a large clear sequin with a small rhinestone in the center to complete the visual triangle with the center of the blossoms. 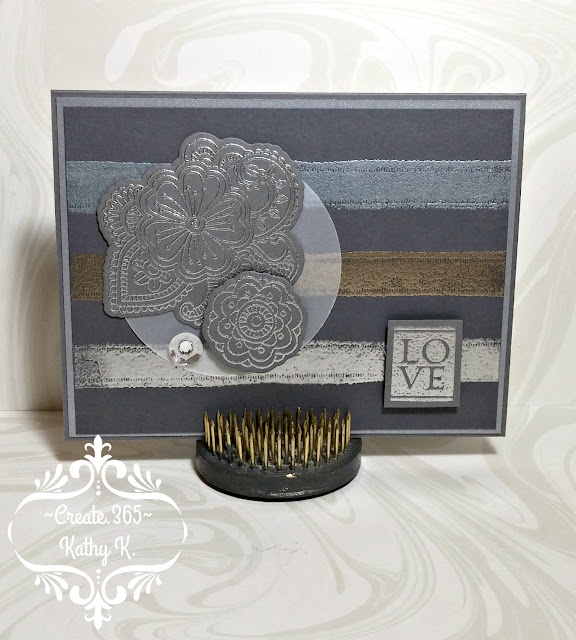 Inside, I stamped and embossed the "Missing You" sentiment in silver. That's it for me today -come play along with us at Atlantic Hearts! 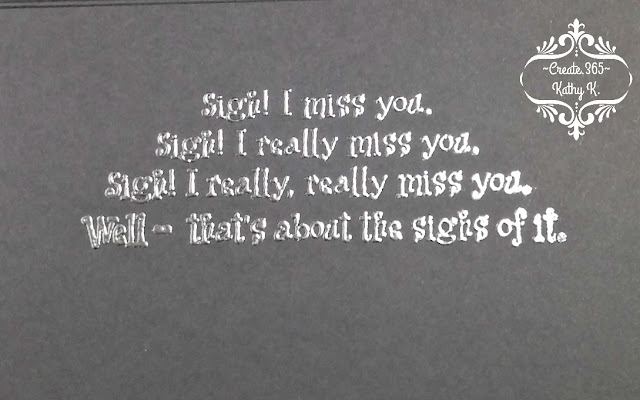