Today's card was inspired by sketch #330 @ Try Stampin' On Tuesday and by the Tic-Tac-Toe challenge @ Tuesday Throwdown where I went with the middle horizontal row and used the theme of "Silver -Sparkle -Wedding/Anniversary". I will also be entering it @ A Perfect Time to Craft and @ Through the Craft Room Door where "Anything Goes". 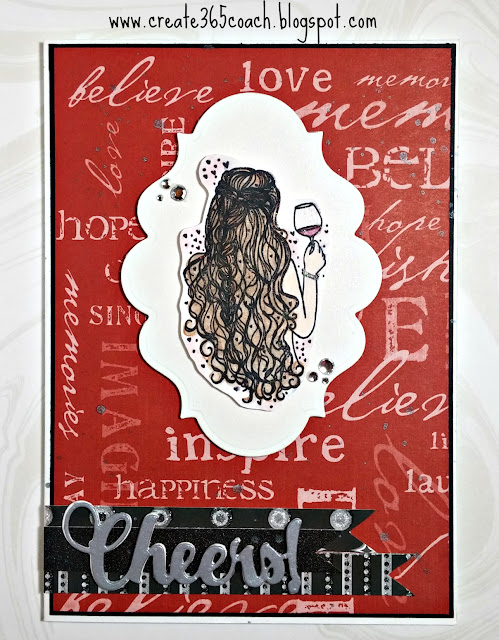 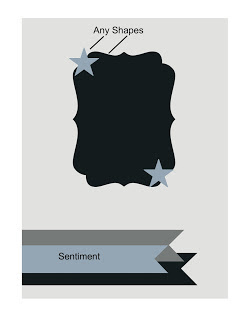 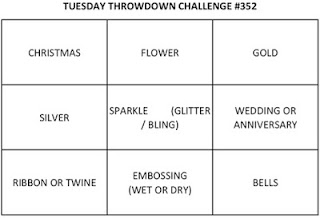 Today's card was made on a white A7 side folding vertical card base. Black cardstock and old red patterned paper from CTMH were trimmed for the first layers. I die cut the ornate label from white shimmer cardstock and stamped my Unity Stamp Company girl on a scrap of plain white cardstock. I hand trimmed the banners according to the sketch from scraps of black and white glitter papers and adhered them to the bottom left of the card front -overlapping according to the sketch. 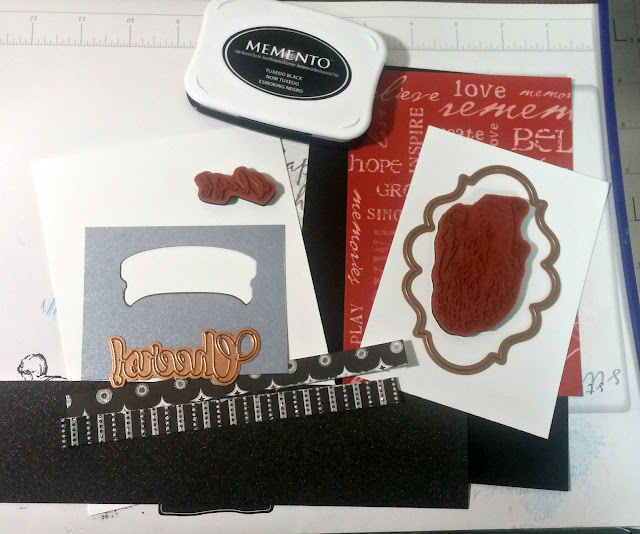 I die cut "cheers!" twice -once from brushed silver metallic cardstock and once from white fun foam. I then used small amounts of the Best Glue Ever to glue the 2 diecut pieces together for added dimension. 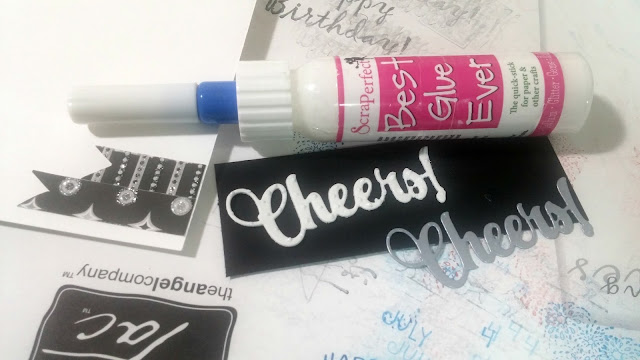 Using watercolor pencils to color the Unity girl, I blended with a Dove pen and then added glimmer and glam using the Gelly Roll Stardust pen on her bracelets and the clear Wink of Stella pen on the wine glass. I ended up fussy cutting her out and mounting her separately on top of the white shimmer label using mini foam dots to add it all to the card front. 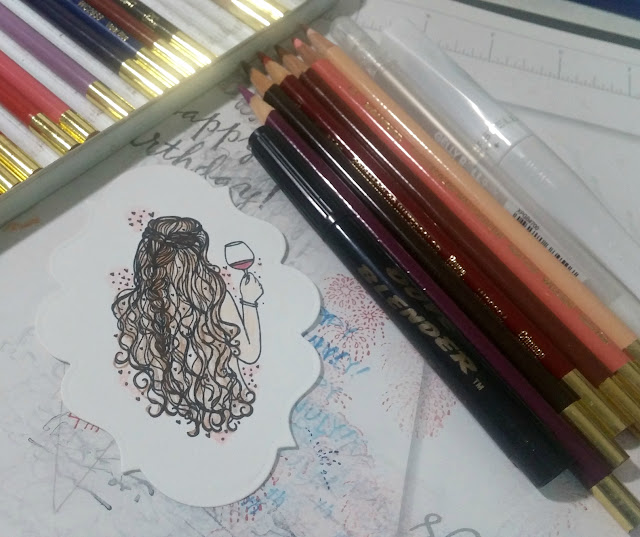 I added some bling using clear rhinestones is three sizes to accent the focal point.

The last step of bling was to cover the focal point so it wouldn't get dirty and splash FSJ's Silver Silk across the card front for a bit of glittery grunge look. 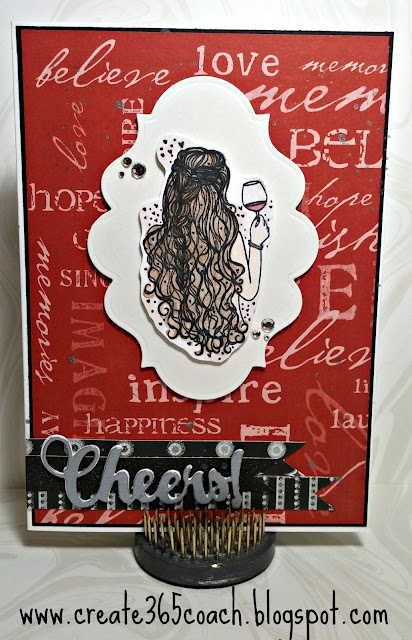 Inside I added some extra banners and did a bit of stamping and watercoloring. I was making this card pretty late at night and was very tired -the last thing I did for the whole card was stamp the "Happy Anniversary" at the bottom...and boy did I ever manage to get that crooked -I blame my tired hands and eyes at this point, lol. But since it is handmade, I will leave it as is  and just claim that it is "perfectly imperfect"!!! 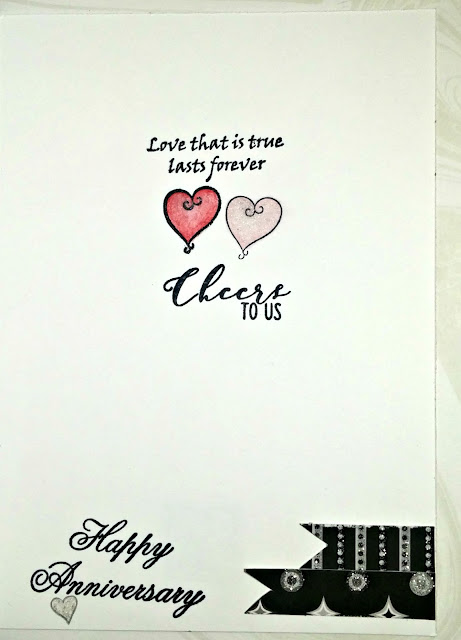 My hubby and I are celebrating 26 years of marriage in a few weeks -so I will be putting this card aside to give to him in August. Until next time~